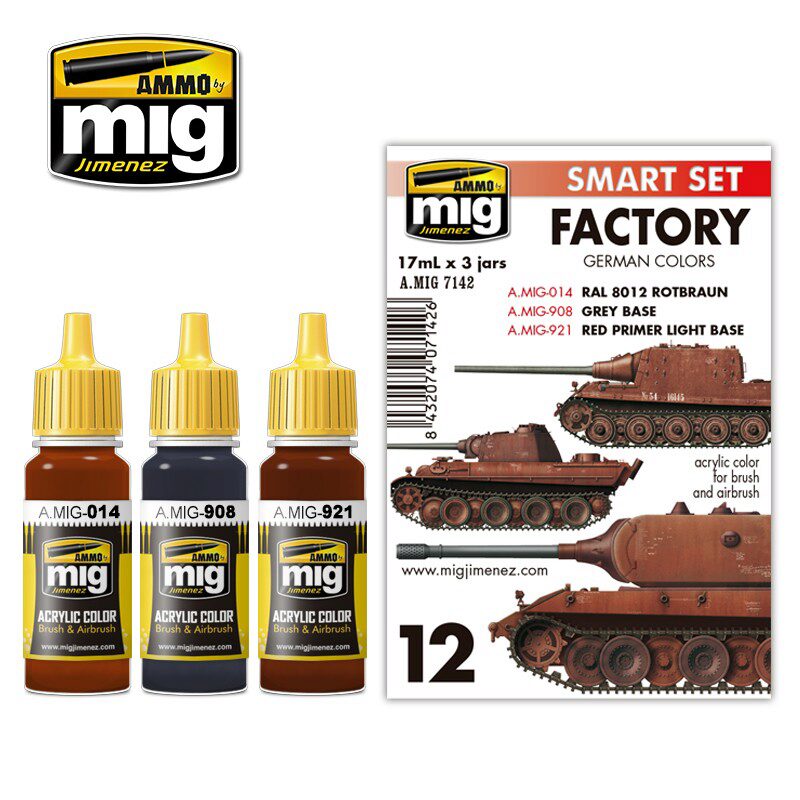 Many modelers have found interest in painting their German vehicles with the colors used in factories. In some cases, these tanks went out to fight with those factory colors without being camouflaged, especially at the end of the war when there was no time or supplies to do so. The dark gray color was a primer used on all German vehicles at the beginning of the war. During the second half of WWII, vehicles began using different shades of red and brown primer. Combinations of these colors can be seen at the end of the war because many of the components and parts come from different factories. For example, many guns were primed in gray and afterwards assembled on primer red tanks. An essential selection of colors to make any fresh from the factory or prototype tank. All 6 jars are acrylic and are formulated for maximum performance both with brush or airbrush and the Scale Effect Reduction will allow us to apply the correct color on our models. Water soluble, odorless and non-toxic. Shake well before each use. Each jar includes a stainless steel agitator to facilitate mixture. We recommend MIG -2000 Acrylic Thinner for a correct thinning. Dries completely in 24 hours. Included colors: A.MIG-0014 RAL 8012 ROTBRAUN, A.MIG-0908 GREY BASE, A.MIG-0921 RED PRIMER LIGHT BASE.

GERMAN OUT OF FACTORY COLORS